Stromae, whose real name is Paul Van Haver, born March 12, 1985 in Etterbeek, Belgium, is a Belgian singer-songwriter and producer from Laeken, Brussels.

He made his name in 2009 with the song Alors on danse from the album Cheese. At the same time, he created his own label, Mosaert, in order to ensure the production of this first album. In 2013, his second album Racine carrée is a critical and commercial success, with hits such as Papaoutai and Formidable. The tour that will follow will make him known worldwide with more than two hundred dates in more than twenty-five countries including the United States, Brazil, Canada and Russia. In total, more than one million people will attend this tour.

Stromae disappeared from the music scene after his tour, working only as a producer and working in parallel on projects for his label Mosaert, including his unisex ready-to-wear line.
Stromae was born in Belgium to Rwandan father, Pierre Rutare, born in 1959 in Kigali, an architect by profession and living in the capital of Rwanda, and Belgian mother, Miranda Van Haver. 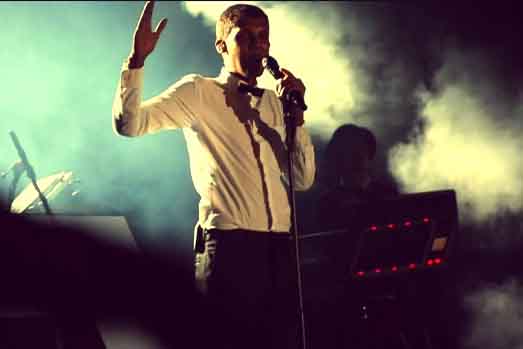 In April 1994, as the genocide of Tutsis raged in Rwanda, an appeal announced the death of his father and the massacre of almost his entire extended family during the genocide in that country. His mother did not tell him the news until he was twelve years old. She raises a sibling group of four sons and one daughter alone in Brussels and then on the outskirts of Brussels. He grew up with his brothers and sister in Laeken (Brussels), in the Stéphanie-Bockstael district. In 2019, in the absence of his father, he declares in 2019 "my father was never there for me. He left right away. He was a runner, a flirt. I learned long afterwards that I had half-brothers and half-sisters. He was an architect and went back and forth between Belgium and Rwanda. I must have seen him twenty times in my life and he died during the Rwandan genocide. But he had already disappeared for me, and when I was told of his death I did not cry. Maybe I wasn't prepared. Nevertheless, this father that we didn't see as a child, we won't be able to make up for lost time with him later on.
At the age of eleven, Stromae became interested in music and enrolled at the Jette Music Academy to take music theory and drum lessons. He began his secondary school studies at the Sacré-Cœur de Jette school. His mother then sends him to the Jesuit boarding school in Godinne.