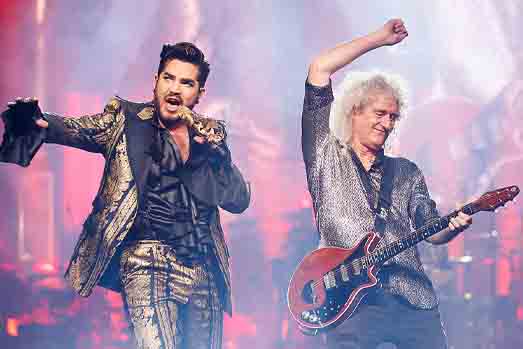 Queen + Adam Lambert (sometimes called Q+AL or QAL) is a collaboration between the active members of the British band Queen (Brian May and Roger Taylor) and the American singer Adam Lambert. As with all other Queen performances since 1997, long-time bassist John Deacon declined to participate in the project due to his retirement. This is Queen's first long-term collaboration since the end of the Queen + Paul Rodgers project in 2009. As with the previous project, it was made clear that Lambert would not be replacing Queen's frontman Freddie Mercury, but rather would be featured with the band's active members.

The collaboration between Queen + Adam Lambert began when May and Taylor appeared on American Idol in 2009 while Lambert was a candidate. They began performing occasionally in 2011, did a short European tour in 2012 and announced a world tour in 2014, the Queen + Adam Lambert Tour 2014-2015, with dates in North America, Australia, New Zealand, Asia, Europe and South America. 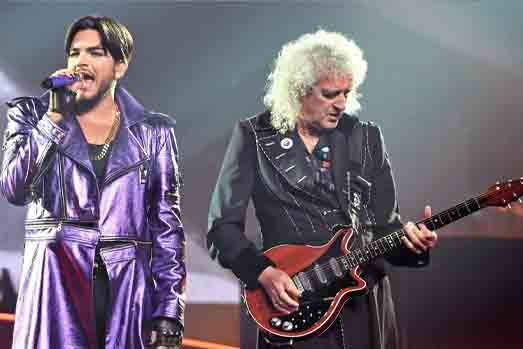 In the summer of 2016, the group performed several times as part of a festival tour in Europe and several times in Asia. The following year, the group announced a second world tour planned for 2017 and 2018. Following the success of the film Bohemian Rhapsody (2018), they announced their third world tour entitled The Rhapsody Tour. This tour took the band back to North America in 2019 and to South Korea, Japan, New Zealand and Australia where they played stadiums in early 2020. European dates, including 10 shows at London's O2 Arena, were scheduled for the summer of 2020. They are currently postponed to 2021 due to the COVID-19 pandemic.

In addition to May, Taylor and Lambert will be accompanied by keyboardist Spike Edney, bassist Neil Fairclough and percussionist Tyler Warren, both on tour with the Queen. While there are no plans to release a studio album with this group, May and Taylor said that there is a possibility that the group may record some original material.