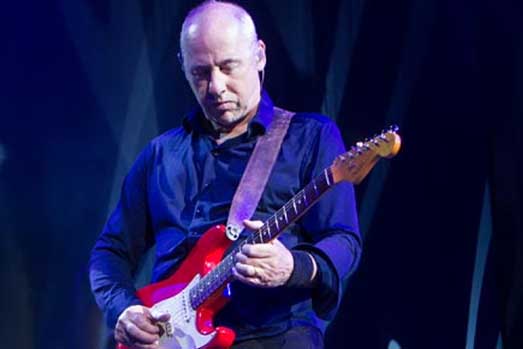 Mark Freuder Knopfler is a Scottish author, composer, guitarist, and singer, born in Glasgow on August 12, 1949.
Founder in the summer of 1977, with his brother David, of the group Dire Straits - the name comes from the English expression "to be in dire straits", which means "to be in a desperate situation, in the drought" -, he has been pursuing a solo career since 1996.
His melodies are particularly fine and adapted to his very aerial guitar style, a virtuoso blues-country-rock style that could be compared, in the artist's early days, to Bob Dylan and J.J. Cale.

Mark Knopfler, with Dire Straits and solo, has sold over 130 million albums. He is ranked 27th in Rolling Stone magazine's ranking of the best guitarists of all time.
Mark Freuder Knopfler was born on August 12, 1949 in Glasgow, Scotland, to an English mother, Louisa Mary (née Laidler), and a Hungarian father, Erwin Knopfler. His mother was a teacher and his father an architect and chess player who had been forced to flee his native Hungary in 1939 because of his anti-fascist sympathies and his Jewish background. Knopfler later described his father as a Marxist agnostic. He grew up in Newcastle. 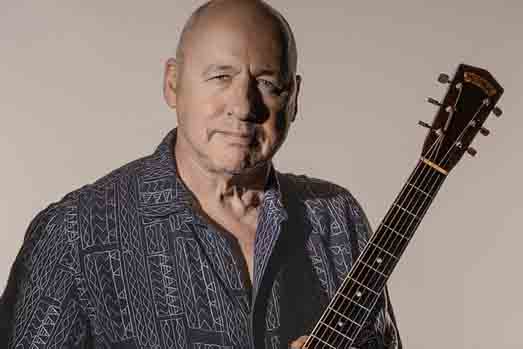 After secondary school in Bearsden, on the outskirts of Glasgow, and having worked as a journalist in Leeds and as an assistant English teacher, he decided to devote himself entirely to music. After a few years of hard work and small concerts in bars under the name Café Racers, the band finally made a breakthrough with a song that was a tribute to other musicians : Sultans of Swing. The demo was broadcasted on Radio London during the Honkey Tonk show. Reactions were not long in coming, as four producers contacted the radio station within minutes. It is finally Phonogram who signs the band. It was during this period that a friend suggested the name Dire Straits: to be in dire straits means "to be broke". The album Dire Straits was a quick success and the band left to record their second opus, Communiqué in 1979. Two more studio albums followed and a live Alchemy in 1983, confirming Knopfler's talent as a guitarist. In 1985, the album Brothers in Arms and the famous Money for Nothing (with the help of Sting which can be heard in backvocal), Your Latest Trick, Walk Of Life and the eponymous song propel the band to the rank of myth. The concerts follow one another at a hellish rhythm with sometimes more than two hundred dates in the year. The album is the first in the history of music to exceed one million compact discs sold.