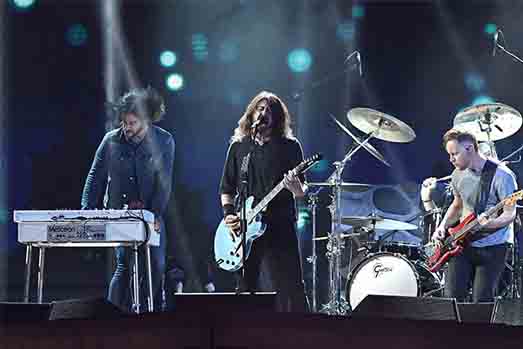 Foo Fighters is an American rock band, formed in Seattle, Washington. It was formed in 1994 during the dissolution of Nirvana, following the death of its leader Kurt Cobain. Dave Grohl, the band's drummer, then embarked on his project, an album entitled Foo Fighters on which he recorded all the instruments except for a few tracks recorded with the help of Krist Novoselic, former bassist of Nirvana, and Pat Smear, former live guitarist of the same band and member of the Germs.

However, not seeing himself embarking on a solo career, Dave Grohl enlists in Foo Fighters a guitarist, a drummer and a bassist, of which only Nate Mendel, bassist of the original band, remains, as well as Pat Smear, who makes his comeback with their album Wasting Light, released in 2011. Taylor Hawkins inherited the drums in 1997. Finally, keyboardist Rami Jaffee, who has been a session and tour member since 2005, becomes an official member in 2017.

The band has won four Grammy Awards in the category "Best Rock Album" and has sold 12 million albums in the United States alone. 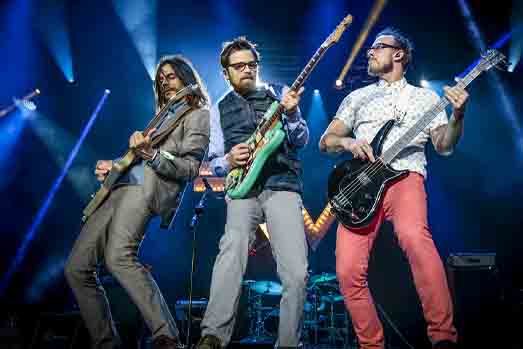 The story begins when Dave Grohl, ex-member of Scream, is recruited as a drummer in a little known band at the time, Nirvana. The first record with Dave Grohl in the band, Nevermind (1991), is a real success and is one of the best selling records in the world. During the Nirvana period, Dave Grohl wrote several songs on his own, but they did not match the band's style. In fact, he shows only a part of them to the other members and decides to record a demo for himself under the pseudonym Late4. This demo, called Pocketwatch, is published in about a hundred copies that Grohl gives to his friends and family, but without wanting to commercialize it5. Following the death of Kurt Cobain on April 8, 1994, and the dissolution of Nirvana, Dave Grohl decided to continue his musical career after a few months of silence5. He returns to the studio, accompanied by Barrett Jones5, to record other songs in addition to those already written, but this time he does it under the name of Foo Fighters in reference to the ghost hunters, paranormal phenomena of which Grohl is a fan. He himself plays all the instruments on the record, except for an accompanying guitar (played by his friend Greg Dulli, guitarist of Afghan Whigs)5. 5 He also edits the cassette recording and distributes it to his family and friends. 4 However, he received good reviews and one of the songs, This is a Call, began to play on the Los Angeles airwaves. 5 Grohl then decided to finalize what had been a project, recruiting musicians to officially form a band. He took the opportunity to create his own label, Roswell Records, part of Capitol Records.