David Guetta, stage name of Pierre David Guetta, is a French DJ, composer, producer born on November 7, 1967 in Paris. He started as a teenager before becoming a professional just before coming of age. He became known at the beginning of his career as a figure of the Parisian nights by making his first steps in various Parisian places towards the end of the 1980s. Later, he creates his own parties in Ibiza.

In 2007, he gained international recognition with his albums Pop Life and One Love. From then on, several of his titles such as When Love Takes Over, Sexy Bitch, or Gettin' Over You have become top sellers worldwide3. Since then, his reputation has continued to grow, as demonstrated by his sales records, his ability to fill the biggest venues during his performances and his number of subscribers on social networks. In 2005, he was named "World's Most Popular DJ" six years later by DJ Mag magazine. 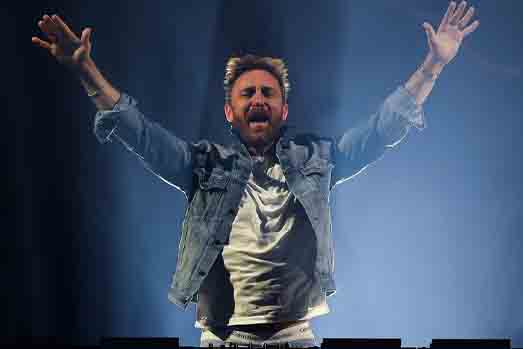 Big names of the urban scene collaborate on the majority of his latest singles but he also participates in the introduction of new talents. In 2013, the title When Love Takes Over by David Guetta in collaboration with Kelly Rowland was voted best pop-dance collaboration of all time by Billboard4 magazine. By the summer of 2018, after the release of his seventh album, 7, David Guetta had sold over 13 million albums and 81 million singles. Symbol of the French touch, world-famous, he is the composer of the anthem for Euro 2016 taking place in France.

For several years, he also owns the 1st French-speaking YouTube channel, with more than 20 million subscribers (ahead of Cyprien and Squeezie).