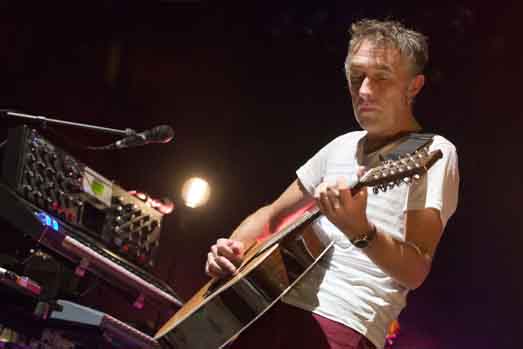 Yann Tiersen (born 23 June 1970) is a French musician and composer. His musical career is split between studio albums, collaborations and film soundtracks. His music involves a large variety of instruments; primarily the guitar, piano, synthesizer or violin together with instruments like the melodica, xylophone, toy piano, harpsichord, accordion and typewriter.

Tiersen is often mistaken for a composer of soundtracks, himself saying "I'm not a composer and I really don't have a classical background," but his real focus is on touring and studio albums which just happen to often be suitable for film. His most famous soundtrack was for the film Amélie, and was primarily made up of tracks taken from his first three studio albums.

Tiersen was born in Brest in the Finistère département in Brittany in northwestern France, in 1970, into a French family of Belgian and Norwegian origins. He started learning piano at the age of four, violin at the age of six, and received classical training at several musical academies, including those in Rennes, Nantes, and Boulogne. 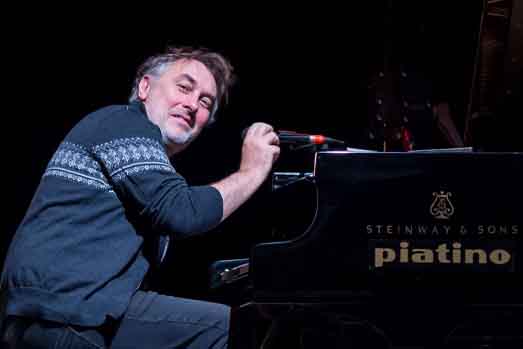 In the early 1980s when he was a teenager, he was influenced by the punk subculture, and bands like The Stooges and Joy Division. In 1983, at the age of 13, he broke his violin, bought an electric guitar, and formed a rock band. Tiersen was then living in Rennes, home to the three-day music festival Rencontres Trans Musicales, held annually in December, which gave him the opportunity to see acts like Nirvana, Einstürzende Neubauten, Nick Cave and the Bad Seeds, The Cramps, Television, and Suicide. A few years later, when his band broke up, Tiersen bought a cheap mixing desk, an 8-track reel-to-reel tape recorder, and started recording music solo with a synthesizer, a sampler, and a drum machine.
Before releasing film scores under his own name, Tiersen recorded background music for a number of plays and short films. In the summer of 1993, Tiersen stayed in his apartment, recording music alone with an electric guitar, a violin and an accordion, guided by his vision of "a musical anarchy". By the end of that summer, Tiersen had recorded over forty tracks, which would form most of his first two albums.
Tiersen's debut album, La Valse des monstres, limited to 1,000 copies only, was released in June 1995 by independent record label Sine Terra Firma, and then it was reissued by Nancy-based record label Ici d'ailleurs in 1998 as the second album of its catalogue.