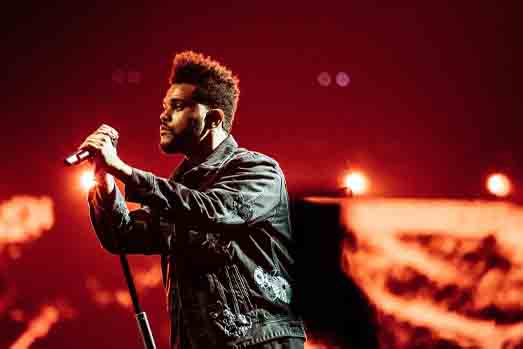 Abel Makkonen Tesfaye aka The Weeknd, born February 16, 1990 in Toronto, Canada, is a Canadian singer-songwriter, musician and producer.

He published several tracks on SoundCloud and YouTube under the name "The Weeknd" in 2010 and released the following year the critically acclaimed House of Balloons, Thursday and Echoes of Silence mixtapes1. The mixtapes were then re-released and re-released in a compilation album called Trilogy in 20122, after signing a contract with Republic Records and creating his own record company, XO.

The Weeknd has three albums ranked number 1 (Beauty Behind the Madness in 2015, Starboy in 2016 and My Dear Melancholy in 2018) and an album number 2 (Kiss Land in 2013) in the Billboard 2003. Ten of his songs reached the Top 10 in the Billboard Hot 100: Love Me Harder with Ariana Grande, Earned It, I Feel It Coming, Pray for Me with Kendrick Lamar, Call Out My Name, Blinding Lights, The Hills, Can't Feel My Face, Starboy and Heartless, the last four reaching #1 in the chart. 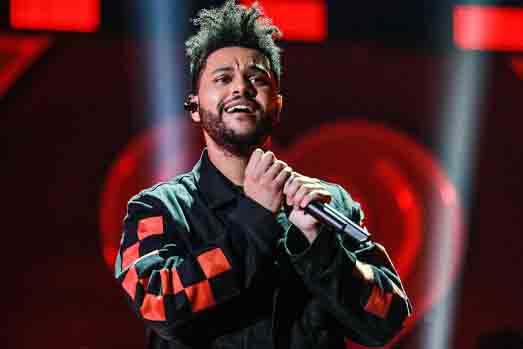 Clips of the songs Starboy, The Hills and Can't Feel My Face each exceed one billion views on YouTube. In 2015, The Weeknd becomes the first artist with three songs simultaneously in the Billboard Hot RnB Top 3 with Can't Feel My Face, Earned It and The Hills. Over the course of his career, he has won three Grammy Awards, eight Billboard Music Awards, one NRJ Music Award, two American Music Awards, nine Juno Awards, and a 2016 Academy Award nomination for Best Original Song for Earned It (in the film Fifty Shades of Grey).
At its first London concert in June 2012, The Weeknd performs its cover of Michael Jackson's Dirty Diana in front of an audience that includes singers Katy Perry and Florence Welch.

In November, The Weeknd releases a triple CD compilation, Trilogy, on Universal, which includes the three previous mixtapes: each CD contains a bonus track. The RIAA, the official gold and platinum record awarding and certification body, certifies Trilogy disque d'Or in the United States shortly after its release.