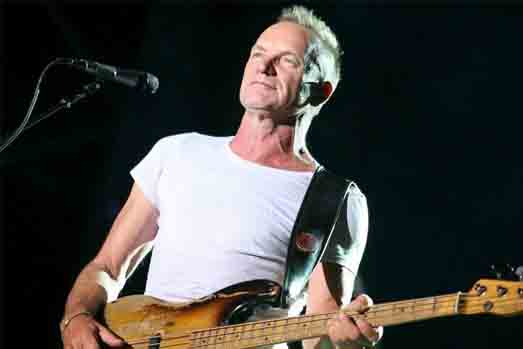 Sting, real name Gordon Matthew Thomas Sumner, born October 2, 1951 in Wallsend (North Tyneside), is a British singer-songwriter and musician, briefly a schoolteacher and occasionally an actor. He became famous in the late 1970s with the pop-rock band The Police as a bassist and singer before he also enjoyed success with a solo career starting in 1985.
The eldest son of Ernest Sumner (1926-1987), a naval worker who became a milk delivery man to escape the crisis in the industry, and Audrey Cowell (1931-1987), a hairdresser2, Gordon Matthew Thomas Sumner has one brother, Philip, and two sisters, Angela and Anita.
He developed a passion for music at an early age, encouraged by his mother, an amateur pianist, but without the approval of his father, who wanted to see him do a "real job". In the early 1960s, he discovered the guitar that his uncle had left in his house and bled his fingers learning to play this instrument. 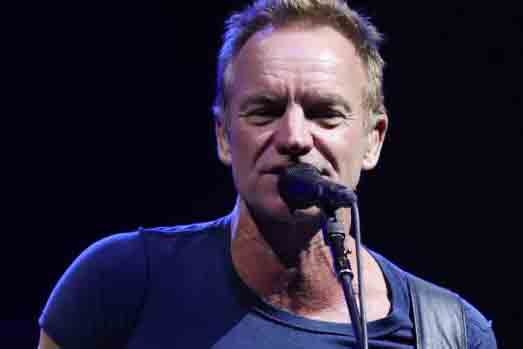 He therefore made his first musical debut on the guitar, but also discovered the piano, the mandolin, the saxophone, the harmonica and the pan flute.
He attended the Northern Counties College of Education from 1971 to 1974, then taught for two years at St. Paul's Middle School in Cramlington. It was during these years that he played with jazz bands in the evenings and on weekends. His nickname "Sting" was given to him in 1972 after a concert by one of his bands, the Phoenix Jazzmen, when he wore a black sweater with yellow stripes on stage: the trombone and leader of the band, Gordon Soloman5, thought he looked like a wasp, hence the name ("Sting" means "sting" or "sting") (Soloman probably also referring to his sexual performances).
The Phoenix Jazzmen finally decided to end their cover repertoire and perform their own compositions. To everyone's surprise, Sting is not familiar with music theory. He is temporarily dismissed and learns solfeggio in about thirty days. Already replaced, he will never be able to reintegrate the Phoenix Jazzmen.