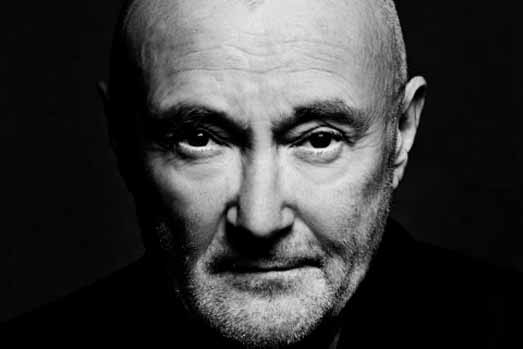 Philip David Charles Collins, known as Phil Collins, born January 30, 1951 in Chiswick in the London borough of Hounslow, is a British singer-songwriter, actor and record producer. Known as the drummer and singer of the group Genesis, he also has a prolific solo career; he pursued these two careers in parallel from 1981 to 1996.
Lulled by the soul and pop rhythms of the Motown years and by the Beatles, Phil Collins began a professional drumming career at a very young age. He began his career in 1969 as the drummer of the group Flaming Youth, which he formed with his friends Ronnie Caryl, Brian Chatton and Gordon Smith. Despite a few TV appearances and favorable reviews, the band split up in 1970. Soon after, Phil became a member of Genesis in 1970, a progressive rock band that was founded in 1967. Originally only a drummer and backing vocalist in the band, it was following the departure of singer Peter Gabriel in 1975 that Phil Collins became the voice of Genesis by default in 1976. The band then added a second drummer for tours (Bill Bruford in 1976, Chester Thompson afterwards), and drum duos with Collins became highlights of their concerts: Phil being left-handed and his right-handed mate, the two drummers seem to play in mirror image. 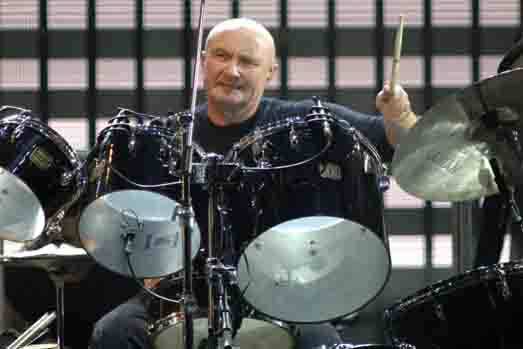 From successes such as Follow You Follow Me in 1978, Genesis enjoyed its greatest period of commercial success, which lasted until the early 1990s. Praised by the triumph of his solo career, he left his position with the group in 1996. Genesis reformed in 2007 for a successful world tour. In the 2010's, Phil Collins experiences health problems related to his vertebrae that make him unable to play drums anymore, so he announces his retirement. In 2016, he announces that he is retiring and from 2017 to 2019 he tours again with his son Nicholas on drums. In 2021, Genesis plans his return with a new tour of The Last Domino. Some of his songs were very successful, such as Against All Odds, Another Day in Paradise, Easy Lover, Something Happened on the Way to Heaven, Do You Remember, Two Hearts, Take Me Home, In the Air Tonight, Sussudio, Everyday. Phil is undoubtedly one of the best progressive rock drummers of his generation: with a rare musicality, he is one of the most versatile, especially in the Genesis albums of the early 1970s and in those of Brand X. He has always considered himself a drummer before being a singer. And he is also a multi-instrumentalist, playing all kinds of percussion, piano and other keyboards, guitar and bass, as on his 1993 album Both Sides, which he wrote entirely and recorded alone without any other musician.