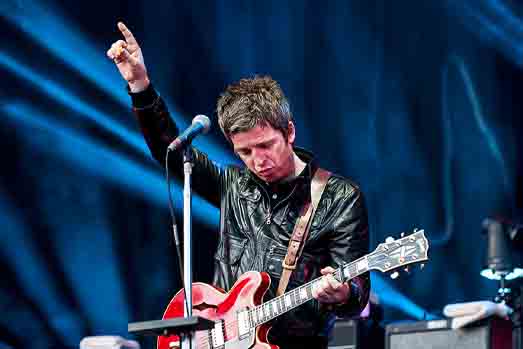 Oasis signed with the independent label Creation Records in 1993 and released his first album, Definitely Maybe, in 1994. The following year, as a rivalry with the band Blur was born, the band recorded (What's the Story) Morning Glory? with drummer Alan White. This new album became one of the best-selling albums of all time, with more than 22 million copies sold worldwide, and the Gallagher brothers appeared regularly in the tabloids for their fraternal fights and their wild lifestyle. In 1996, Oasis performed twice at Knebworth in front of an audience of 125,000 people each night, at the time the largest outdoor concerts in UK history. 2.5 million people try to buy tickets, which remains the highest demand for a show in British history. 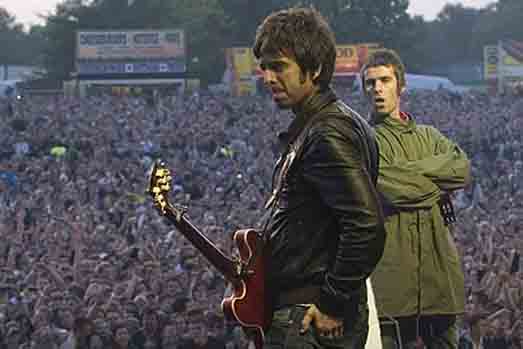 In 1997, Oasis released its third album, Be Here Now. The album became the best-selling album in the history of the British charts, but its popularity rapidly declined.
McGuigan and Arthurs left Oasis in 1999 when the band recorded Standing on the Shoulder of Giants. They are replaced by Gem Archer, former guitarist of the alternative rock band Heavy Stereo, and Andy Bell, former guitarist of Ride. White left the band in 2004. He is replaced by Zak Starkey and later by Chris Sharrock for the tours. The band released three more studio albums, Heathen Chemistry in 2002, Don't Believe The Truth in 2005 and Dig Out Your Soul in 2008, which met with moderate critical and commercial success. The band split up when a final argument led Noel Gallagher to leave the band on August 28, 2009 after another backstage altercation at the Rock en Seine festival. The other members of the band, now led by Liam, continue under the name Beady Eye, while Noel creates a solo project, Noel Gallagher's High Flying Birds. Following the separation of Beady Eye in 2014, Liam Gallagher embarked on a solo career, occasionally accompanied by Paul Arthurs on tour, while Bell returned with the band Ride and Archer and Sharrock became members of Noel Gallagher's High Flying Birds.