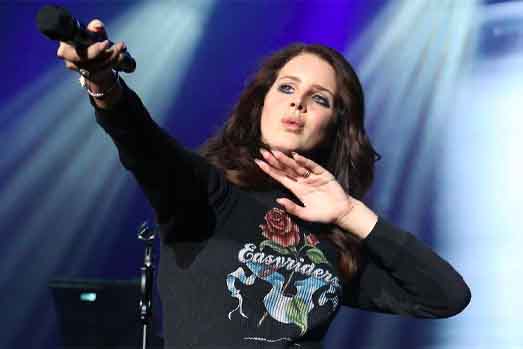 Elizabeth Woolridge Grant, known as Lana Del Rey, born June 21, 1985 in New York, is an American singer-songwriter. Her songs regularly make reference to pop and rock culture, particularly to the Americana of the 1950s and 1960s. She has also contributed to the popularization of the sadcore genre among the general public.

Raised in upstate New York in the small town of Lake Placid on the Canadian border, she decided to get into music in 2005. After two unsuccessful albums, Lana Del Rey became famous with her song Video Games in 2011. Her third album, Born to Die, was a worldwide success.

In 2013 she released a new version of her previous album with nine new songs, called
Born to Die: The Paradise Edition. She later played in her own short film, Tropico, before releasing her fourth album, Ultraviolence, in 2014. The style of the album is more oriented towards 1960s rock. 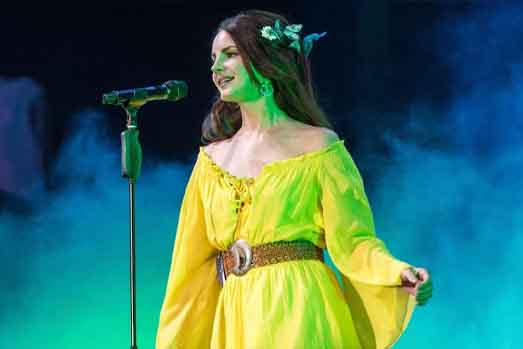 One year later she released her fifth album, Honeymoon, with references to blues and jazz, as well as to big-voiced or committed singers such as Nina Simone, Joan Baez or Billie Holliday.

Her sixth album, Lust for Life, released in July 2017, quickly rose to the top of the charts in the United States and was nominated for a Grammy Award for Best Pop Vocal Album. Norman Fucking Rockwell's seventh album, released on August 30, 2019, received rave reviews from critics and two Grammy Award nominations, including Album of the Year.

In 2020, Lana Del Rey has sold over 20 million albums worldwide and over 13 million singles. Lana Del Rey has received numerous awards, including 2 Brit Awards, 2 MTV Europe Music Awards, a Satellite Award, and has been nominated 6 times at the Grammy Awards and once at the Golden Globe.