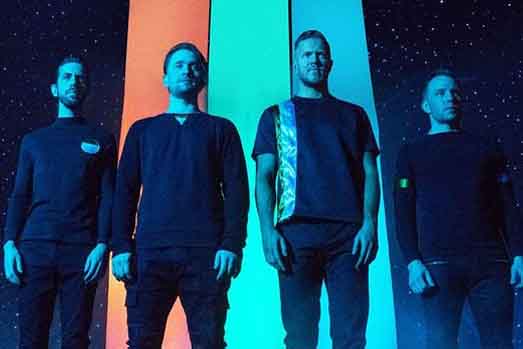 Imagine Dragons is an American pop rock band from Las Vegas, Nevada. Imagine Dragons was formed in 2008 while singer Dan Reynolds is at Brigham Young University. The band has a total of 4 albums.

Dan Reynolds met Wayne Sermon through a mutual friend. They hooked up very quickly and Dan invited Wayne to join him in Las Vegas where he is originally from. Wayne (originally from Utah) just graduated from the prestigious Berklee University of Music and moved to Las Vegas. He was soon joined by his two classmates Daniel Platzman and Ben McKee. The four musicians hit the casinos and other bars in Vegas and released three EPs before being noticed by the famous music producer Alex da Kid. The band released two EPs entitled Imagine Dragons and Hell and Silence in 2010, recorded at Battle Born Studios. They return to the studio in 2011 for another EP, It's Time.

The name of the band is an anagram, whose original words are known only to the members of the band. 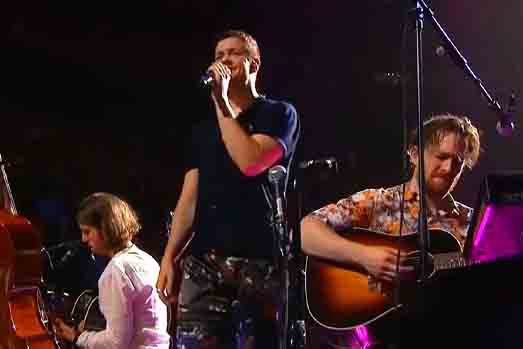 In 2012, they release their first album Night Visions and begin a world tour. They are now accustomed to the top of the charts and fill stadiums of more than 10,000 people in the United States.

At the 56th Grammy Awards ceremony in January 2014, the band performs live alongside rapper Kendrick Lamar. Their performance, a mash-up of Radioactive and m.A.A.d. City was critically acclaimed as electrifying and certainly the best performance of the evening.