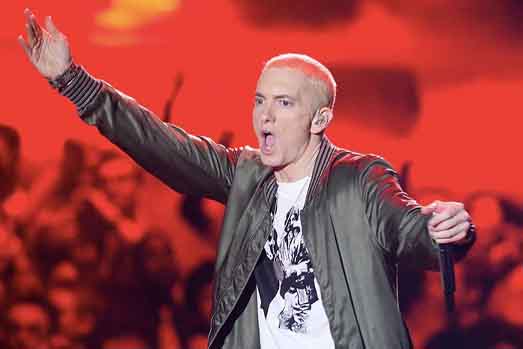 Eminem, often stylized EMINƎM, real name Marshall Bruce Mathers III, born October 17, 1972 in St. Joseph, Missouri, is an American rapper, producer, actor, composer, and label founder. In addition to his solo career, he was also a member of the group D12, which he co-founded, and composed the duo Bad Meets Evil with Royce da 5'9". In his youth, he was also a member of a group called Soul Intent, and temporarily joined the group Outsidaz in the second half of the 1990s.

Eminem has sold more than 225 million records worldwide, making him one of the best-selling artists. He is also the best-selling artist in the United States during the 21st century. Including his work with D12 and Bad Meets Evil, he carries twelve albums to the top of the American charts. In the U.S., Eminem has two Diamond Certified solo albums with The Marshall Mathers LP and The Eminem Show7 as well as 3 Diamond Certified singles with Lose Yourself, Not Afraid and Love the Way You Lie. He has more than 600 awards, including 15 Grammy Awards and an Oscar. He is cited in numerous lists of the best artists of all time, Rolling Stone magazine even declared him "King of Hip Hop". 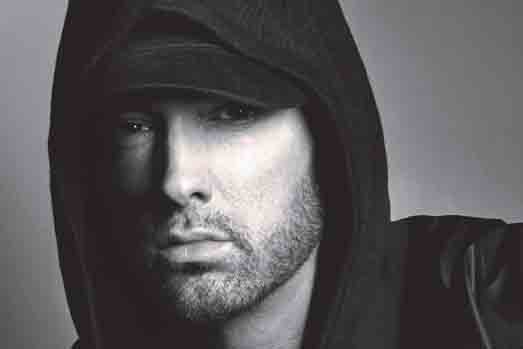 Still unknown to the general public, Eminem released his first album, entitled Infinite, in 1996. The record was a critical and commercial failure. It is with his first extended play, called The Slim Shady EP (1997), that he begins to break through in certain spheres. He only achieved worldwide popularity after the release of his second album, The Slim Shady LP in 1999, the first released on the label of producer and rapper Dr. Dre, Aftermath Records. This album earned him his first Grammy Award for "Best Rap Album". He won the same award for his next two albums, The Marshall Mathers LP and The Eminem Show, making him the record holder for the number of consecutive wins for this award. The rapper followed up in 2004 with the album Encore. After a forced retirement of five years, Eminem made a comeback in 2009 with the album Relapse, leaving behind his drug problems. The following year, he released his seventh studio album, Recovery, which was a worldwide commercial success although it was a great critical failure. It is the best-selling album of 2010, as is The Eminem Show in 2002. At the end of 2013, he released his eighth studio album, The Marshall Mathers LP 2, which won two Grammy Awards, one for The Monster and the second in the category of Best Rap Album of the Year.