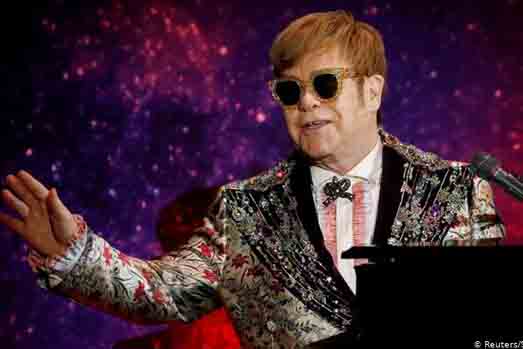 Sir Elton Hercules John, born Reginald Kenneth Dwight on 25 March 1947 in Pinner in Greater London, is an English musician, songwriter and composer. He is also an occasional actor and film producer, having acted in films (Tommy, Spice World, the movie and Kingsman: The Golden Circle) as well as in television series (Ally McBeal) and produced Rocketman (a biographical film about him).
A world pop icon with a career spanning more than fifty years, Elton John is one of the best-selling artists with more than 300 million records sold4,5. In 1993, he broke Elvis Presley's record in the United States by setting a new single in the US top 40 for the 24th consecutive year.
In 1997, his song Candle in the Wind became the best-selling single since the charts began, with 33 million copies sold. 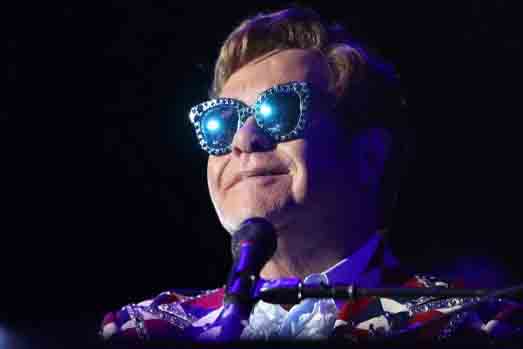 Reginald Kenneth Dwight spent his entire childhood in Pinner, a small English town in Middlesex. A normal childhood, strict but musical. He is the eldest son of Stanley Dwight (1925-1991), a pilot in the Royal Air Force who fought in the Second World War, and the only son of Sheila Eileen (née Harris, 1925-2017), a clerk.

His father listened to jazz like Frank Sinatra, played the trumpet and had a large record collection. It is from the latter that Elton inherits his strong taste for music. However, he has always been closer to his mother and grandmother than to his distant and cold father, and often went on missions. Music has always been his greatest "comfort," he says, having no siblings, and it will remain so throughout his life. Reginald is gifted for the piano he learned with his grandmother: at eleven, he won a prize from the Royal Academy of Music.