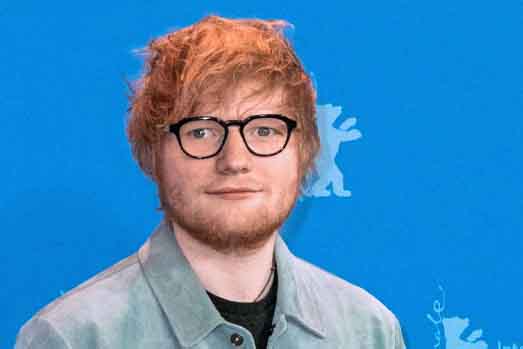 Edward Christopher Sheeran MBE, born February 17, 1991, is an English singer, composer, musician, record producer, actor and businessman. After recording his first music in 2004, he began to attract attention through YouTube. In early 2011, Sheeran independently published the extended play, No. 5 Collaborations Project. He signed with Asylum Records the same year.

Sheeran's debut album, + (pronounced "plus"), was released in September 2011 and ranked number one in the UK album charts. It contains his first hit single "The A Team". In 2012, Sheeran won the Brit Awards for Best British Solo Male Artist and the British Breakthrough Act. Sheeran's second studio album, × (pronounced "multiply"), was released in June 2014. It was named the world's second best-selling album in 2015. In the same year, × won Album of the Year at the 2015 Brit Awards, and he received the Ivor Novello Award for Songwriter of the Year from the British Academy of Songwriters, Composers and Performers. An × single, "Thinking Out Loud," won him the 2016 Grammy Awards for Song of the Year and Best Pop Solo Performance. 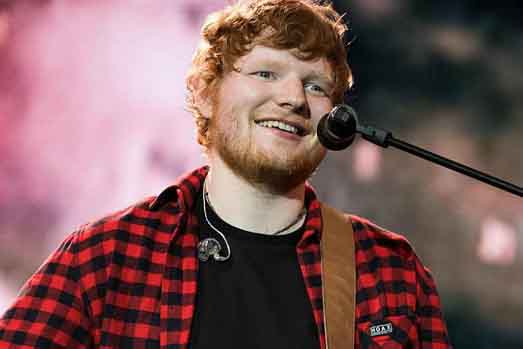 Sheeran's third album, ÷ (pronounced "divide"), was released in March 2017, and was the best-selling album in the world in 2017. The album's first two singles, "Shape of You" and "Castle on the Hill," broke records in a number of countries, debuting at the top two places in the charts. He also became the first artist to have two songs make their debut in the American top 10 in the same week. By March 2017, Sheeran had amassed ten top 10 singles from ÷ to the British singles chart, breaking the record for the most British singles in the top 10 from a single album. His fourth ÷ single, "Perfect", reached #1 in the United States, Australia and the United Kingdom, where it became the number one Christmas single in 2017. In 2017, he became the world's best-selling artist and was named "Artist of the Year". Released in 2019, his fourth studio album No.6 Collaborations Project was number one in most major markets and spawned three number one singles in the UK, "I Don't Care", "Beautiful People" and "Take Me Back to London".