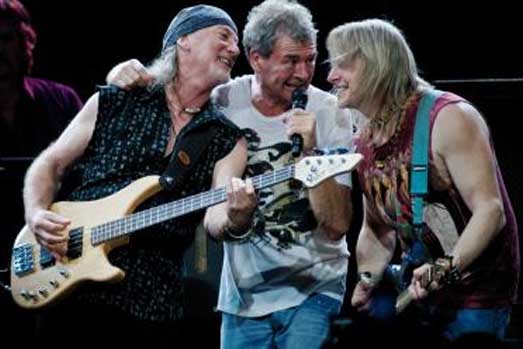 Deep Purple is a British hard rock band from Hertford, Hertfordshire, England. Formed in 1968, it is considered one of the founders of the hard rock genre along with Led Zeppelin and Black Sabbath. During its fifty years of existence, the band is still made up of five musicians (a singer, a guitarist, a bassist, a drummer and an organist), but it has undergone several personnel changes that have determined its musical evolution. The characteristic elements of Deep Purple's sound during most of its existence are Ritchie Blackmore's Fender Stratocaster guitar and Jon Lord's Hammond organ. Deep Purple is considered one of the greatest British rock bands and has sold more than 130 million albums worldwide since its inception.

In its first two years of existence, the original quintet recorded three albums influenced by psychedelic and classical music. The arrival in 1969 of singer Ian Gillan and bassist Roger Glover led to the band's most successful period, with the albums In Rock and Machine Head (with the hit Smoke on the Water) and the remarkable live recording Made in Japan. 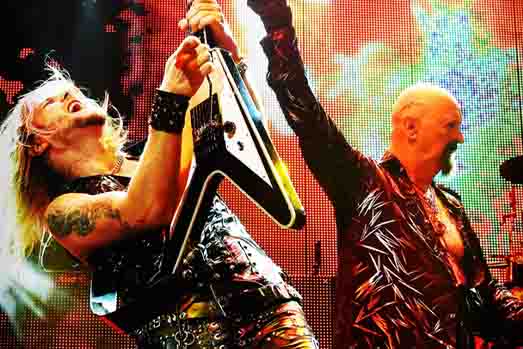 After the departure of Gillan and Glover in 1973, their replacements David Coverdale and Glenn Hughes steered the band's music in a soul and funk direction, an evolution reinforced by the arrival of guitarist Tommy Bolin, replacing Ritchie Blackmore, in 1975. The band broke up the following year, at the end of which Bolin died.
The emblematic band of the early 1970s was re-formed in 1984, but its composition fluctuated during the ten years that followed, dominated by the conflictual relationship between Ian Gillan and Ritchie Blackmore: the former left the band again from 1989 to 1992, while the latter finally slammed the door in 1993. Deep Purple regained a certain stability with the arrival of his replacement Steve Morse the following year, and of Don Airey in 2002 to replace Jon Lord who left to devote himself to his solo projects. Since then, the band has continued to produce albums in the hard rock genre while playing concerts around the world at a steady pace. He was inducted into the Rock and Roll Hall of Fame in 2016, including posthumously for Jon Lord, who passed away in 2012.